BF & Company’s professionals have a diversified background, with strong and extensive experience in several industries and Countries

Team and Advisory Board 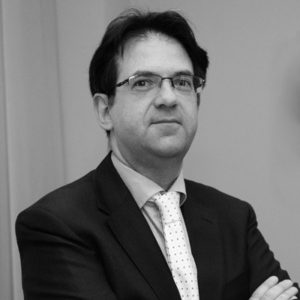 Alessandro is Managing Partner at BF & Company, a corporate finance advisory and principal investment house he decided to establish after 20+ years’ experience in the investment banking industry

Experience From 2008 to 2017 Alessandro was part of the Management Team in the Corporate Finance division of Finanziaria Internazionale, where he focused on M&A Advisory and Debt Restructuring services to support entrepreneurs and institutional players. Prior to that, he gained 10 years’ experience in Corporate Finance both in Italy and abroad, at Creditanstalt-Bank Austria, UniCredit and PricewaterhouseCoopers. Alessandro was a lecturer at SDA Bocconi and MIP Business School and authored a few publications in Corporate Finance

Education Alessandro received a Corporate Finance diploma from SDA Bocconi and an Executive Programme from INSEAD. He graduated with honours in Business & Administration at University of Genua 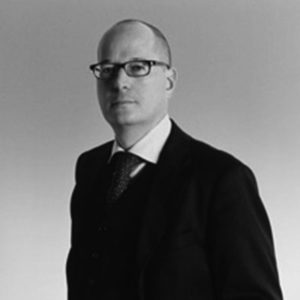 Besides being Partner at BF & Company, Andrea is Partner at Studio Legale D’Argenio Polizzi Associati where he is Head of Banking, Insurance and Finance Department and focuses on Banking Law and Financial Markets, Insurance, Company Law and Compliance and Lgs. D. 231/2001. He authored several publications and he is a lecturer at SDA Bocconi Scuola di Formazione

Experience From 2006 to 2015 Andrea was Partner at Jenny.Avvocati. Prior to that, he worked as a lawyer at Jenny & Partners and at Studio Legale Masotti

Education Andrea received a Ph.D. in “Domestic and International Commercial Law” from Università Cattolica del Sacro Cuore in Milan, where he graduated with honours in Law. He is member of the Bar Association of Milan 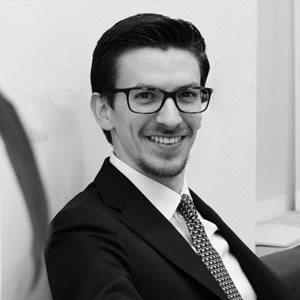 Alessandro is Senior Associate at BF & Company, where he is engaged in executing and originating transactions

ExperienceBetween 2014 and 2018 Alessandro worked as Analyst in the Corporate Finance division of Finanziaria Internazionale, where he focused on M&A Advisory and Debt Advisory, and in the Business Development area at Banca IFIS, where he was involved in the € 160 M acquisition of GE Capital Interbanca. Prior to that, he had internships at Veneto Banca, Banca di Treviso and at a firm of Chartered Accountants and Statutory Auditors 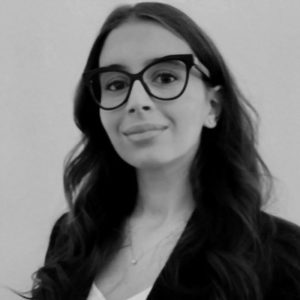 Lisa is Analyst at BF & Company, where she is engaged in supporting execution of transactions

Experience
In 2019 Lisa had an internship at BF & Company. Prior to that, she had internships at an insurance company, a firm of Chartered Accountants and Statutory Auditors and a company engaged in the business of automation and robotics 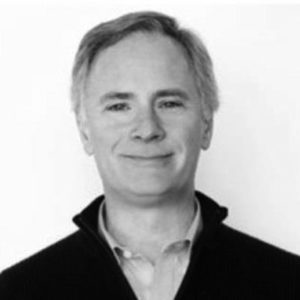 Augusto, Italian outside but Canadian inside, has extensive experience in selecting, positioning for growth, monitoring and divesting companies in North America, Europe and Italy. He is Partner at LVenture Group, a venture capital fund listed on the Milan MTA Stock Exchange with a portfolio of 50+ companies, which he supports in the definition/execution of the strategy and foreign expansion. He leads the Investment Team and is one of its three members

Experience Previously, Augusto was Partner at Industrial Assets and Overseas Capital Advisors, with whom he concluded more than 10 transactions in the mid-market focusing on companies operating in the industrial and technology industries. Prior to that, he was in charge of International Business Development at Scientific Atlanta, a leading global manufacturer and supplier of systems and services to the telecommunications industry, later acquired by Cisco Systems 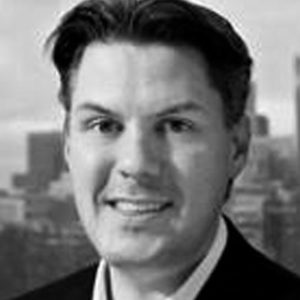 Franco has about 20 years of professional experience between management consulting and private equity. He is Partner at Adaxia Capital Partners and board member at Energos S.p.A. and Neura AG. Adaxia is a spin-out of Climate Change Capital and manages CPE Private Equity LP, a fund with € 200 M focused on Growth Capital and Buyout transactions in the energy and operating efficiency markets in the DACH Area and Italy. Franco has 8+ years’ experience in Private Equity, with various transactions in the energy, life sciences, ICT and electronics industries

ExperiencePrior to that, Franco was Investment Advisor at NanoDimension, a venture capitalist focused on nanotechnologies, where he worked on the acquisition of Bind Therapeutics (listed at Nasdaq) and Consultant at Bain & Company

Education Franco received an MBA from Harvard Business School and an MSc in Finance, Accounting & Controlling from University of St. Gallen (HSG) 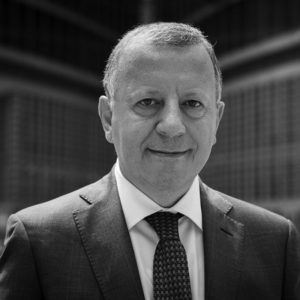 Domenico has 30+ years of experience in management consulting for leading Italian and foreign players and in investment activities focused on the Italian SMEs market. Since 2012, he has been Chairman, CEO and second largest shareholder in Emaze, a company engaged in the cyber security industry, where he led the MBO from Cipio Partners. Since 2004 he has been CEO and controlling shareholder of A2000.it and ABCapital, two entities engaged in investments in private companies and in management consulting

ExperienceAfter working in IBM and Hewlett Packard, Domenico focused on management consulting at L.E.K. Consulting where he dealt with corporates and institutional players: he began his career in the London office and later founded in 1991 the Italian branch in Milan, where he was Partner and Managing Director. Between 2006 and 2007 he took part as Investing Chairman in the vehicle (controlled by Société Générale Private Equity) created to acquire Moleskine (€ 60 M MBO), later listed in 2013 in the Milan Stock Exchange

Education Domenico holds an MBA from INSEAD and a degree in Theoretical Physics with honours from University of Bologna. He is past-president of the Italian INSEAD Alumni Association 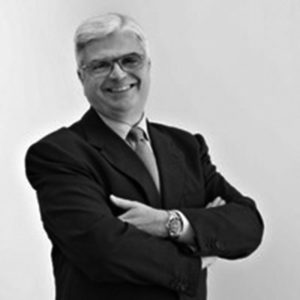 Luigi has 30+ years’ experience in managerial roles in Italy and abroad, both in multinationals and in SMEs. Since 2012, he has been Interim Manager in companies which needed a swift and effective turnaround

ExperienceBetween 1987 and 2012, Luigi developed his professional skills in the “Healthcare” division of Air Liquide, where he has managed several companies in Italy and abroad. Luigi focused on home care, hospital services and medical devices. Luigi managed the first Italian company engaged in the home care business (Vital Aire), the first company in the world to launch the “Sleep Apnea” therapy (Air Liquide Healthcare Australia) and the first to provide complex services to hospitals such as global services, sterilisation of surgical instruments and operating rooms management outsourcing services (Omasa). He was also involved in the strategic development of the group, including M&A. Between 2012 and 2017, Luigi has been the CEO at Nencini S.r.l. and DS Italia S.p.A., two companies controlled by Private Equity firms

Education Luigi received a specialisation in Clinical Pharmacology from “La Sapienza” University of Roma, after a degree in Medicine and Surgery. He also attended courses focused on marketing at INSEAD, SDA Bocconi School of Management in Milan and LUISS Business School in Rome 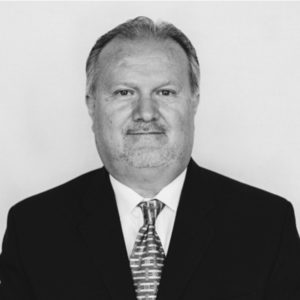 Hector has 30+ years’ experience in corporate and investment banking, including international M&A, corporate finance and capital raising. He is Managing Partner at Gassó Capital Markets, which was recently formed to take advantage of the opportunities that exist between Europe and the Americas

Experience Hector was formerly President of McGladrey Capital Markets, a global investment bank specializing in mergers, acquisitions, divestitures, recapitalizations, capital raising, restructurings and fairness opinions. Under his management, McGladrey Capital Markets completed 300+ M&A transactions and grew over 300%, tripling its average deal size, increasing its number of cross-border transactions to 1/3 of its total deals, and generating over $8 BN in liquidity for its clients. Before joining McGladrey Capital Markets, Hector served Banc of America Securities as Managing Director and Manager of the firm’s Los Angeles office, where he oversaw the firm’s global activities in the aerospace, defense, engineering and construction industries

Education Hector received a MSc in business administration from Northwestern University’s J.L. Kellogg Graduate School of Management and a BSc in accounting from Loyola University in Chicago 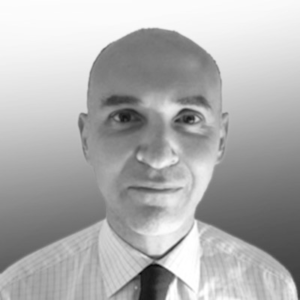 ExperiencePrior to that, Antonis was Financial Manager and Business Development Director at Ellaktor Group, where he executed a number of acquisitions in the real estate and construction industries, including a company listed on the Romanian stock exchange. From 1997 to 2006, Antonis was Investment Banking Director at P&K Capital Aepey, where he initiated and executed a number of M&A transactions among listed companies representing a total deal value of € 3+ BN in the ICT, FIG, construction, and retail industries. Between 1996 and 1997, he was Account Officer at Bank of Cyprus

EducationAntonis received an MBA in Finance/International Business from New York University, Leonard N. Stern School of Business. He holds a BSc in Mathematics/Statistics from the University of Athens 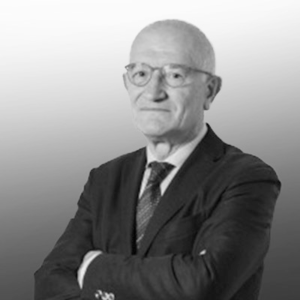 Dino has 40+ years’ experience in audit, internal audit and transaction advisory services (in particular due diligence, valuations and fairness opinions, M&A assistance, review of restructuring plan). Since 2009, he has been Founding Partner of Studio Athena Professionisti e Consulenti Associati. He is board member, statutory auditor and Internal Audit Committee member in several organisations. He is member of the Advisory Board of the Auditing Observatory at SDA Bocconi School of Management in Milan. He has also cooperated for over 20 years with Bocconi University – Accounting Department – as a contract professor in the auditing area

ExperiencePrior to that, from 1974 to 2009, he worked at PricewaterhouseCoopers in Milan, Brescia, Parma, Bologna, Padua, and London. In particular, in 1983 he became Partner and member of the firms’ board. He got a vast experience in audit activities and transaction advisory services to national and international, listed and privately owned, companies and groups, operating in several different industries. He is co-author of the book “Manuale di due diligence”, 2004

EducationDino holds a degree in Economics and Management from Università Cattolica del Sacro Cuore in Milan. He is a Chartered Accountant and a Chartered Auditor 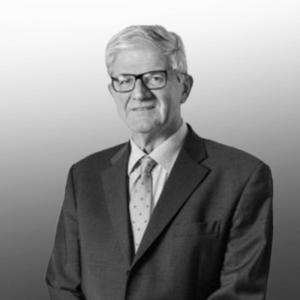 Luigi has 40+ years’ experience in governance, internal audit, restructuring, fairness opinions, valuations, due diligence, accounting expert advisory. He is a Senior Partner at Studio Athena Professionisti e Consulenti Associati. He is statutory auditor and member of the Supervisory Board at international and national corporates (in particular in the energy industry), and other organisations. He is also independent director at several companies and organisations, besides being a lecturer at University of Pavia

Experience Luigi joined PricewaterhouseCoopers in 1975 as auditor and in 1985 he became Partner and member of the firm’s board. Luigi performed audit activities at major national and international, listed and private groups. He had internal roles at PwC such as training manager for 5+ years. Luigi co-authored several publications, among which: “Il Memento Contabile”, “Comparazione Principi Contabili Nazionali e Internazionali”, and “Atti dei convegni sulla Corporate Governance”

Education Luigi received a degree with honours in Economics and Management at the University of Pavia. He is a Chartered Accountant and a Chartered Auditor 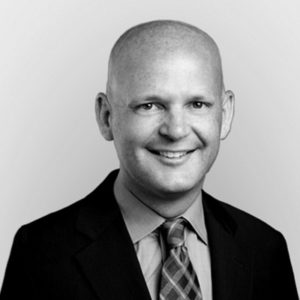 Jason has 14+ years of experience in investment banking as an M&A advisor and has worked on both domestic and cross-border transactions. He is Managing Director at Gassó Capital Markets 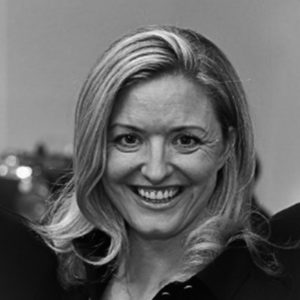 Sabine has 15+ years’ experience in the industrial field. Sabine is a Board Member at Dr. Helmut Rothenberger Holding GmbH, a company operating in the fields of Tools and Environmental Technology, Machine Tools, Trade and Industrial Investments and Real Estate

ExperienceSince 2003, Sabine has been working for her family business, having started as an assistant to the Board of Directors and subsequently taking over operational responsibilities for several business units of Rothenberger AG. She has been appointed Supervisory Board Member of Autania AG in 2008 and since 2010 has been involved in the creation of the Rothenberger Family Office, having as a task the strategic development, succession planning and further growth of the Rothenberger Group. In her role as Managing Director of the Rothenberger Holding she is also responsible for the recruitment of the Top-Management for the group, as well as special projects, such as Talent Management and Corporate Governance and Compliance 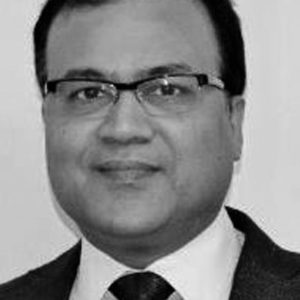 Pankaj has 20+ years’ experience both in the corporate and in the investment banking industry in India and abroad. He is Founder and Managing Director of Rungta Advisors, a leading independent M&A advisor in India, focused on cross-border transactions. Since 2005, he has been advising several Indian and foreign companies for a cumulated deal value in excess of $1 BN. Pankaj is also an Angel Investor in a number of start-ups in India

Experience Prior to coming back to India in 2005, Pankaj worked in the USA for 10+ years in different industries, such as automotive, IT consulting, and insurance, for major players such as General Motors, EDS (now part of HP) and MetLife